Our group met via Zoom again this month, with seven of us in attendance. There was much discussion of our current exhibition as well as show and tell. 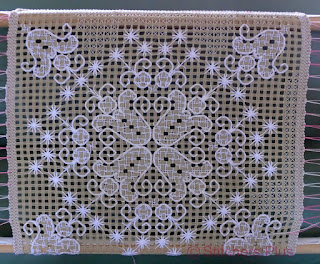 Lesley has nearly finished her cushion in Tuscan Lace

Sheila has been preparing for Christmas making her annual tree decoration to give to family and friends.  She has also created her own cards.  Unfortunately, these are all under wraps until they have been received by the family and friends.  She has also started working on a major embroidery for the Embroiderers' Guild biennial Margaret Oppen prize.  Another work that can't be shown.

With so much work needing to be kept from the public eye, Sheila has pulled out some old work.  Following a course with Dorothy Caldwell, Sheila began exploring stitch on paper.  Using a discarded piece of craft paper, she added basic stitches to each page and then created a small book.  She has since gone on to create a number of major works involving stitch on craft paper. 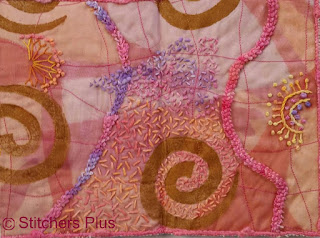 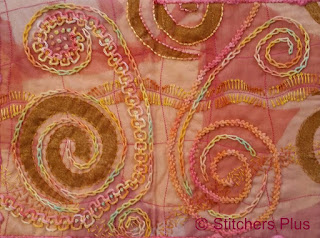 After discovering how to make books using a single sheet of paper, Sheila went on to create a stitched fabric book.  A large piece of calico was covered in scraps of organza with a grid of machine stitching to stabilise them.  She then added a stamped design and stitched lines and shapes using her hand dyed threads.  When the stitching was finished, she folded the book and machined a cord of heavy thread around the page edges. 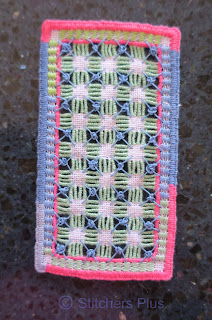 Jenny had been experimenting with some drawn thread. Cutting 6 and leaving 8 threads. Exposed threads had been wrapped and the larger holes were filled in with woven wheels. A Crochet thread was used for the woven wheels, so consequently they all have a mind of their own . 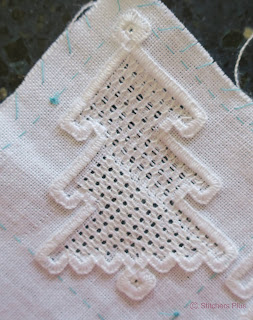 Jenny had also been internet surfing and landed on  this page  After reading, Jenny had discovered that pulled thread stitches could be worked over a background with threads removed in only one direction. here we see an experiment in wave stitch. In the top half wave stitch has been worked in one direction leaving one thread between the stitches. On the bottom half, wave stitch has been worked in the opposite direction leaving no threads between the stitches. 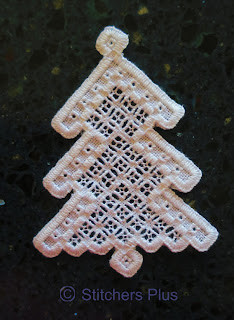 Jenny had also made herself a new little Christmas decoration. Using a photograph from the internet as inspiration, Jenny charted the design and worked it in Perle thread on Belfast linen. 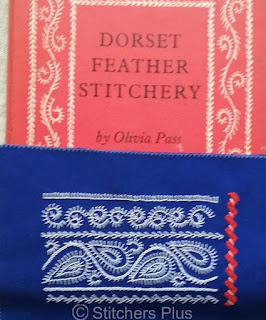 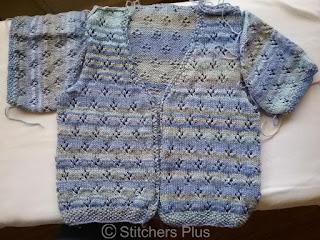 A little Summer Cardigan knitted by Annette in a  Bendigo Woollen Mills pattern. Worked with 8ply cotton, it still needs to be stitched together and buttons 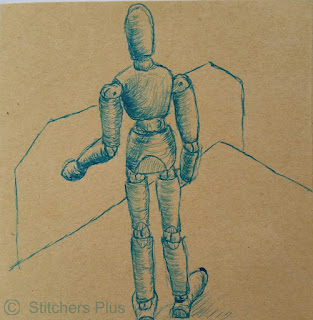 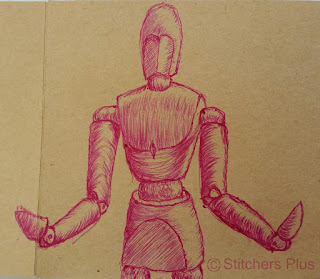 This month is Inktober and Sheila has been participating using the prompts as her guides for each drawing.  The drawings are of a 30 cm mannequin and drawn with a small variety of coloured pens.  The drawings are in a craft paper accordion book with each page around 10 cm square.  The full set of drawings can be found at:  https://www.instagram.com/thingstitcher/ 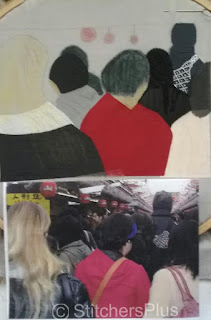 This is the 1st in what Annette  hopes will be an embroidered series of her travel photos. Watercolour pencil, applique and stitch with silk thread. Annette Loves the contrast of her daughter's blonde hair in the moving sea of Japanese people visiting a shrine in Tokyo.

Annette has been looking at photos from when we were able to travel. Years of work ahead and great memories.

COVID 19 is still circulating around, though restrictions have been lifted and contact tracers are working overtime. It is with great excitement that our group hoped to meet in reality next month. 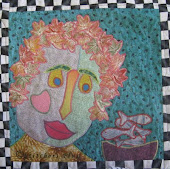 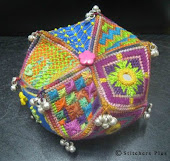 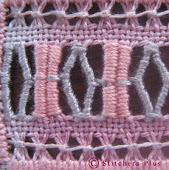 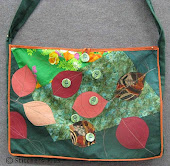 A face by Sheila 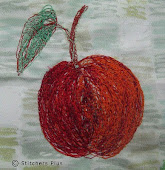 All work on this blog is original in design (unless otherwise stated) by each individual artist & subject to copyright.